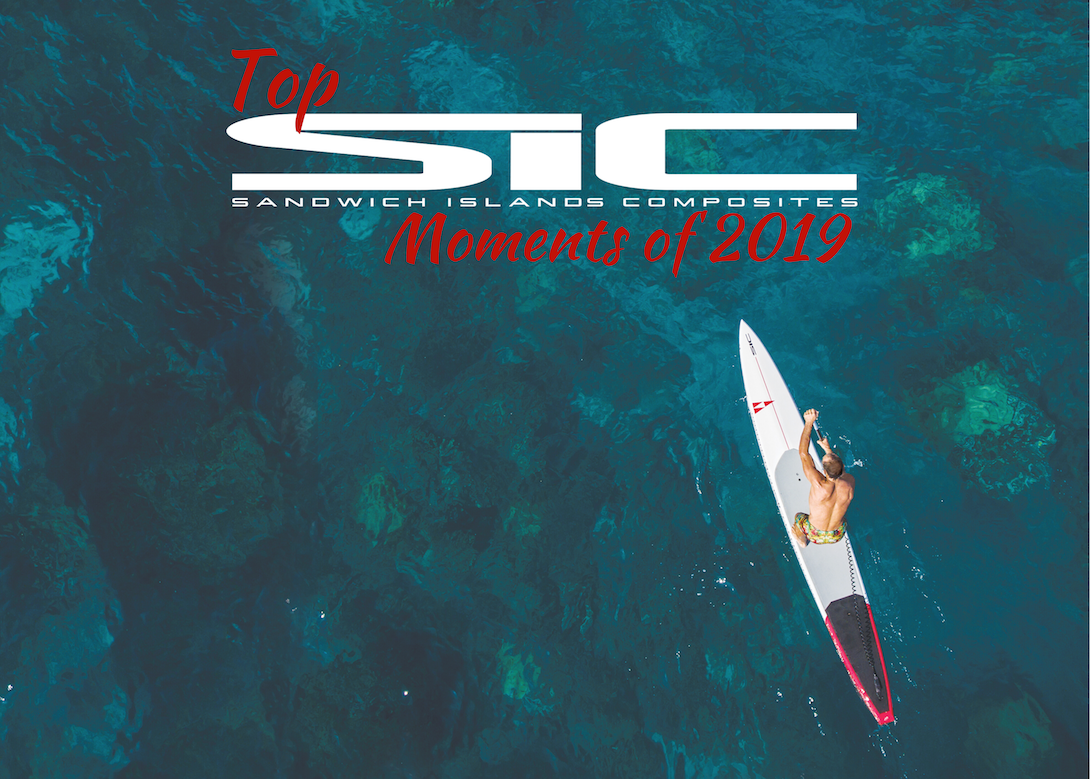 As 2019 comes to a close, we start to think about our goals and aspirations for the new year and how we plan to accomplish them. But before we fully turn our heads towards another exciting new year (and a new decade!), we want to remember some of the best SIC moments from 2019. From outstanding SIC athlete performances, to new SIC products and industry awards, 2019 has been an extra special year. Take a look at some of our favorite moments below!

1. SIC WINS FOUR INDUSTRY AWARDS FOR OKEANOS AND RS IN ONE WEEK 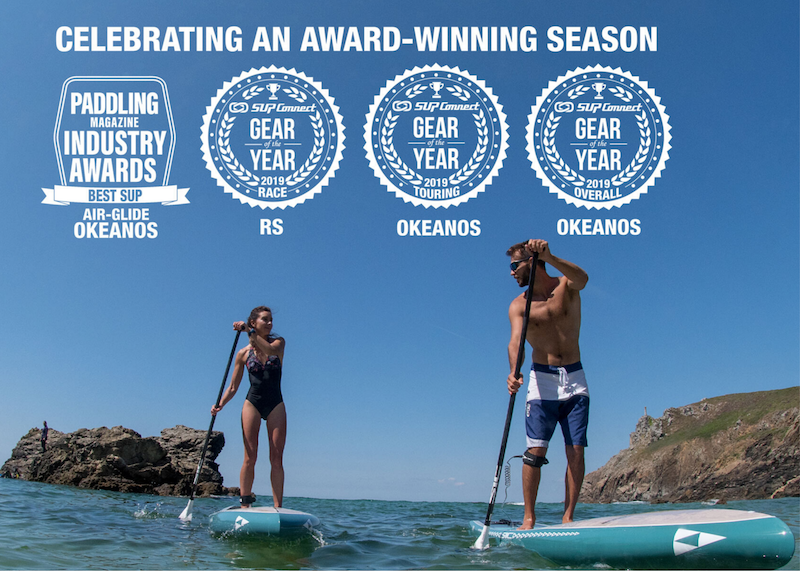 SIC Maui was proud to receive four industry awards for the Okeanos and RS series boards, all in one week! The Okeanos composite board was awarded the Supconnect Overall Board of the Year and Touring Board of the Year awards and the RS ‘Rocket Ship’ won Supconnect Race Board of the Year. The RS won Supconnect’s Race Board of the Year award in 2018 as well, making it the second consecutive year that the RS has been recognized as the leading race board on the market. Beyond creating faster, sleeker race and downwind boards for 2019, SIC was committed to making slightly humbler designs focused on inspiring and giving confidence to paddlers looking to explore new places or go beyond geographic, emotional, and physical boundaries. These new designs, like the Okeanos, reach back to voyager roots as opposed to the traditionally competitive pedigree that SIC has become known for. We have been so inspired by the reception of both the Okeanos and the RS and always enjoy seeing our SIC Ohana around the world paddling and racing these boards. 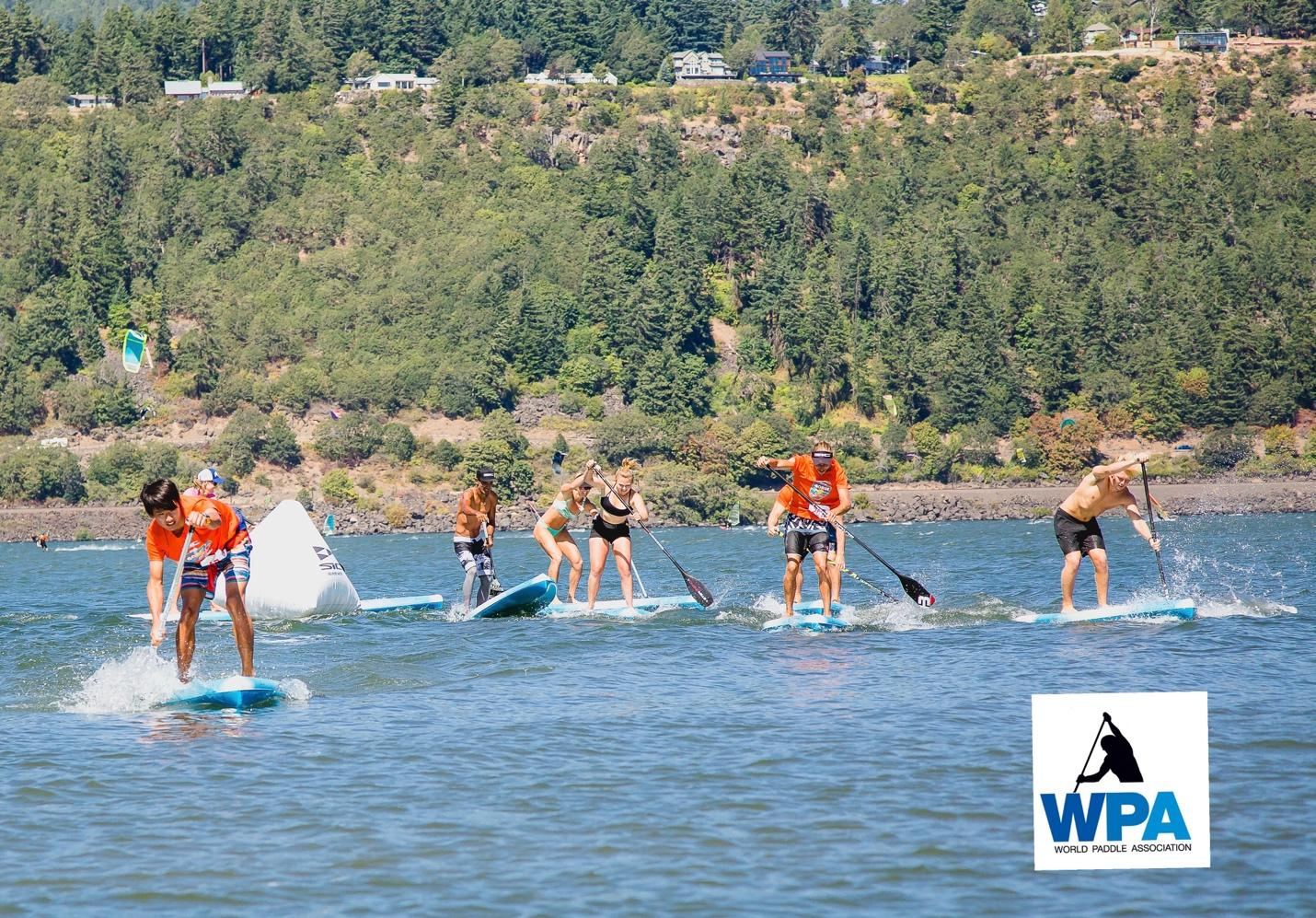 In November, SIC Maui, and the WPA (World Paddle Association) announced an all-new ONE CLASS SUP racing series. One Class racing made its debut in an exhibition event in May at the 2019 Salt Life Cup in Columbus, Georgia. The WPA and APP World Tour now recognize ONE CLASS and included the division in select events in 2019, with plans for an  with an expanded schedule. The goal of the ONE CLASS racing division is to attract paddle enthusiasts to the competitive side of SUP while keeping it fair, affordable, and a strong emphasis on FUN! The ONE CLASS courses are short and easy one to two-mile courses, run as heat races all using identical boards. SIC is stoked to offer Custom ONE CLASS to all manufacturers. Brands can have their own graphics and logos printed on the ONE CLASS boards manufactured by Tahe Outdoors. 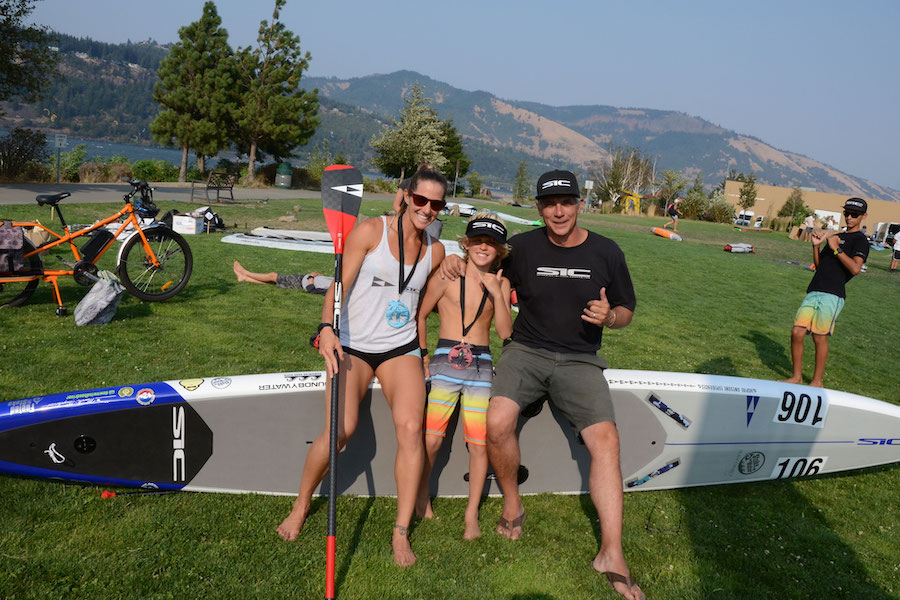 After 8 consecutive years of partnering, 2019 marked the first year SIC Maui was the title sponsorship of the 2019 Gorge Paddle Challenge, which takes place in Hood River, Oregon. The Gorge Paddle Challenge hosts two full days of exciting competitions, for all ages and race classes, including its now iconic Double Down race (2 back to back downwinders) for the elite paddlers as well as technical and youth races. More than just a race, the two-day festival welcomes athletes, enthusiasts, and families alike to participate in a fun-filled weekend of competition and entertainment. This year over 300 racers registered, many of whom paddled on their favorite SIC paddleboard. It was a huge honor to be the title sponsor of the event! 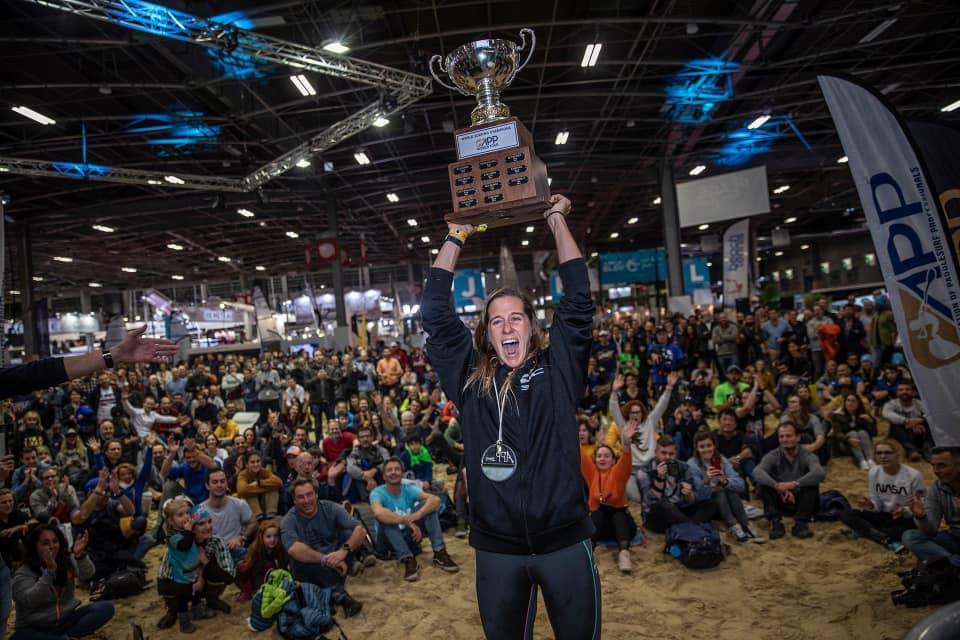 Seychelle Webster (USA) could not have asked for a more impressive first season on tour. Seychelle secured her maiden World Title in Paris last month, with a flawless victory in the sprints, giving her three sprint wins for her first season on Tour, securing the 2019 Sprint Racing Title in the process. Out of the 6 counting races this year, Seychelle placed first in all but one of them. We are so stoked for Seychelle and loved being apart of her 2019 season.

5. JADE HOWSON WINS BACK TO BACK GOLD MEDALS AT  ISA WORLD CHAMPIONSHIP 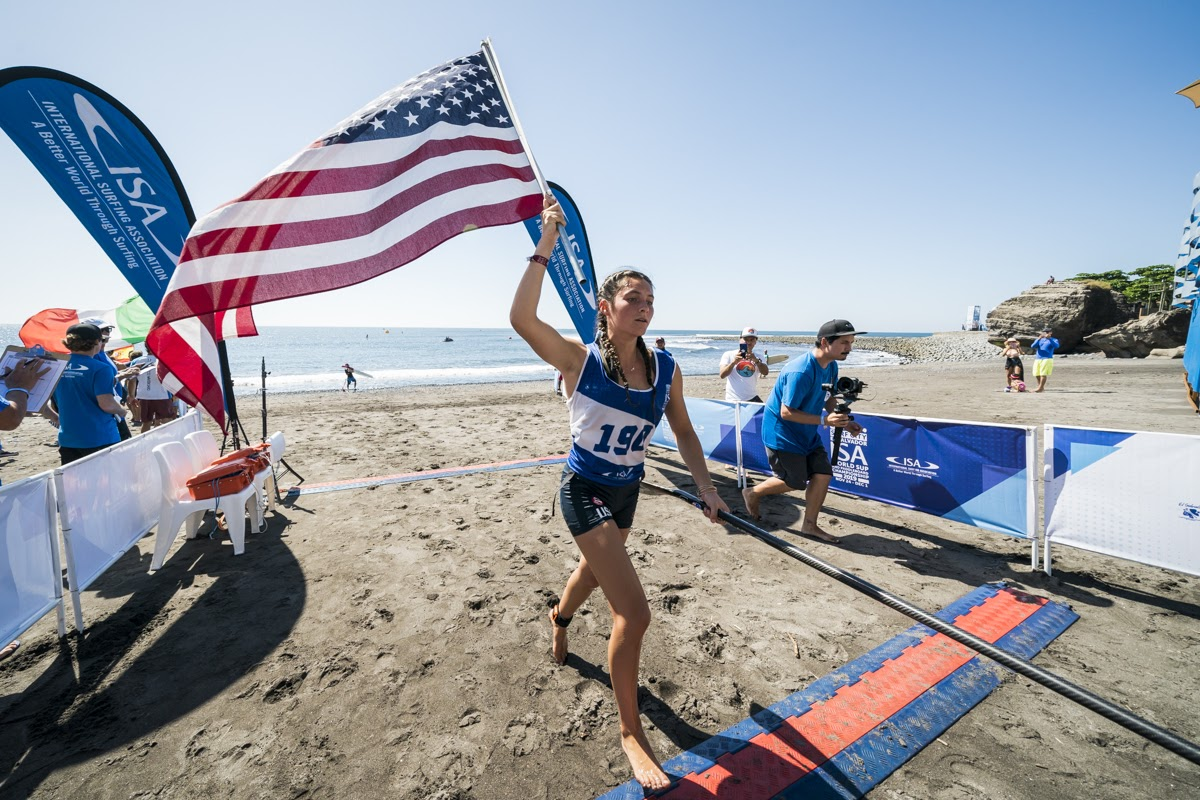 Jade Howson (USA) traveled to El Sunzal, El Salvador to defend her Gold Medal win in the Girl’s Technical Race. Not only did Jade secure her title as Girl’s Technical Champion once again, but she is the new Women’s Sprint champion. Winning gold in the sprints was a goal of Jade’s in 2019, after winning Bronze in this event last year. As one of the younger SIC Global Athletes, we can’t wait to see what the future holds for Jade. 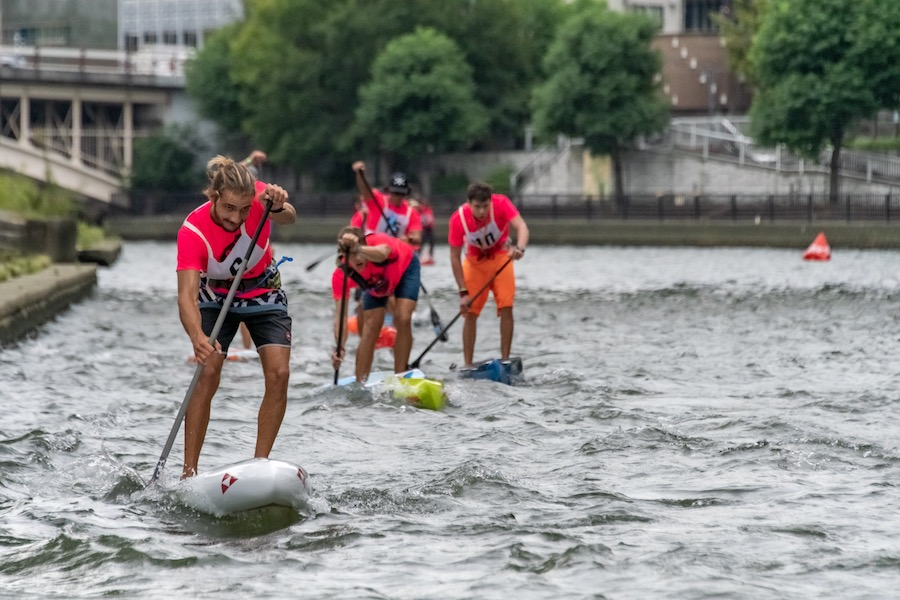 Martin Vitry (FRA) is another SIC Global Athlete, that had a 2019 to celebrate! Martin had a strong 2019 season, in which he traveled all over the world competing in 5 races, on 4 continents, in 8 months. In early September, Martin finished in 2nd place in the Men’s sprints, at the NY SUP Open. A few weeks later, Martin traveled to Japan to compete at the Osaka SUP Open, where he finished 7th overall. Martin earned the copper medal at the The ISA World Sup Championship, which ultimately helped his team (France) win Gold at the end of the event. Martin had a strong end to the season, finishing 4th overall on the APP World Tour. Congratulations Martin! 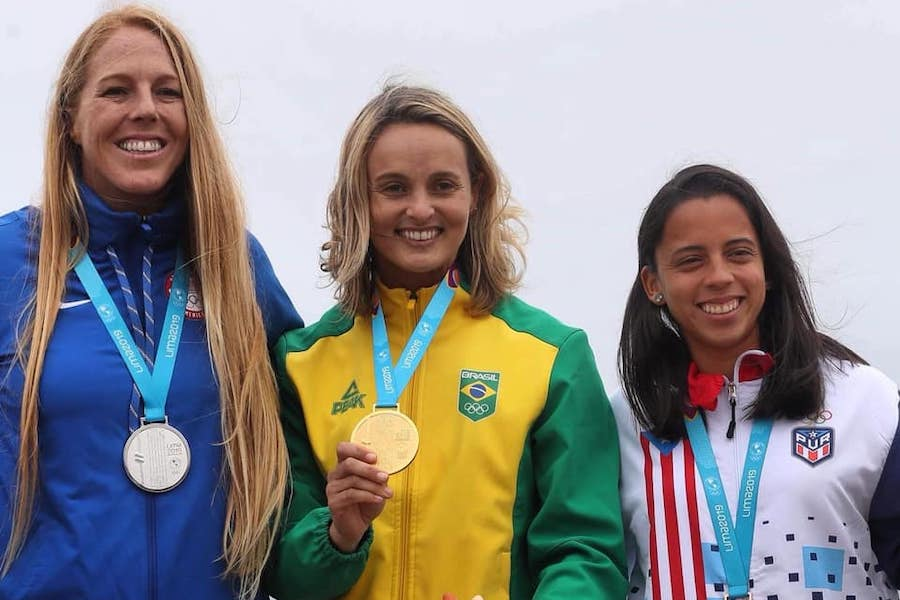 2019 was a historic year for the sport of stand up paddling with its debut in the first ever Pan American Games for Sup and Surfing, which took place in Lima, Peru. Puerto Rican SIC Ambassador Mariecarmen Rivera was among the elite sup racers that qualified for this years event. Rivera competed in the 5k, 3 lap race, that featured a challenging section through the surf zone at Punto Rocas. Rivera fought hard on her RS, and crossed the finish line in just over 35 minutes, earning a Bronze Medal. Way to go Mariecarmen!

It was hard to pick just 7 top moments this year! We could have gone on and on about our SIC Global Athletes and how they rocked the 2019 season!

From all of us at SIC, we thank you for an epic 2019  filled with lots of aloha and wish you a very happy new year!