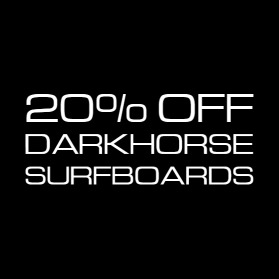 SIC is proud to announce the Global Team, comprising of waterwomen and watermen from around the world who specialize in racing or embrace the SIC Maui lifestyle - surfing, downwinding, foiling, adventure paddling, and more.

Hailing from a family of four generations of watermen, whether commercial fishermen, professional surfers, or sailors, it seemed the ocean was always going to be close to Lincoln's heart. At age 14, he raced his first Molokai 2 Oahu, a race he grew up idolizing and watching his dad and cousins compete in each year. It was here that his love affair for the challenge of open ocean racing began.

SUP racing has dominated Lincoln's life and became his obsession to one day become world champion. After eight years of hard training, Lincoln emerged with three Australian titles and ranked number one SUP athlete in the world. Ticking that box summoned an internal hunger to explore a magnitude of challenges found within some of Earth's most uncharted waters. This was when project foil Bass Strait was born, along with the desire to challenge himself with any possible water challenge that pushes Lincoln outside his comfort zone.

Born and raised in the Florida Keys, Seychelle was inspired by her deep love for the ocean and traveled at a very young age. She grew up playing sports and always dreamed of being a professional athlete. After high school, Seychelle took off sailing for several years and traveled around the world, working as a yacht crew and owning boats. In 2014 Seychelle went through a divorce, gave up sailing, moved back to the Florida Keys, and discovered the sport of SUP.

Living in Melbourne Beach with her husband and her dog, you will find Seychelle paddling, surfing, and relaxing on the beach. She combines her passion for living her best life with her passion for deep health into a platform for transformation. Seychelle now focuses on coaching women, helping them achieve their goals through optimum health, and sharing her knowledge from her many struggles along the way to what it truly means to succeed.

Jade's love for the ocean began in her hometown, Laguna Beach, California, at a very young age. She grew up swimming, surfing, diving, and paddling all along the southern California coast. As a child, Jade competed in many different sports. At the age of 7, her father, Robert Howson, introduced her to SUP, and Battle of the Paddle at Doheny State Beach in Dana Point, California, became her first SUP race. Shortly after, Jade began training with her coach, Mike Eisert, and his training group, The Paddle Academy.

When Jade began high school, she entirely dedicated her time to paddling and was fortunate to travel around the world and compete against some of the top women in the sport. Her favorite type of race is the sprint and technical race. When she is not paddling, she enjoys playing the ukulele, guitar, and base, surfing, free diving, spending time with friends, and baking.  Jade attends the University of Hawaii at Manoa with a major in Marine Biology. When she is home, you can also find her working at her family's surf shop, Harbour Surfboards.

"No rainbows without rain"

- Gold Medalist in the Women’s 200m Sprint at the ISA Sup and Paddleboard Championships, 2019

- Gold Medalist in the Junior Technical race at the ISA Sup and Paddleboard Championships, 2019

- Gold Medalist in the Junior Technical race at the ISA Sup and Paddleboard Championships, 2018

- 3rd place in the Elite Women’s division at the Carolina Cup, 2019

Sports had always been a part of David Leao's DNA. At the age of three, David followed in his father and brother's footsteps and perused the sport of Judo, where his father was a master. This ultimately is where his competitive drive began.

Born on the south coast of Bahia, Brazil, David spent much of his life on the island with his grandparents soaking up the culture surrounded by sea and nature. This is where David's passion for paddleboard racing was born

"Paddling for a better world"

At 17 years old, Rai Taguchi is the youngest member of the global Team and was moved up from the Youth Development team for the 2020 season. Rai lives on Okinawa Island, Japan, the perfect location to train for downwind and surf all year round.

Rai became hooked on SUP at the age of 12 after winning 1st place in a local race and trained hard with his father ever since. Rai dominated the majority of race events in Japan this past year, was crowned the U18 ICF Champion, placed 2nd in the U18 Technical Race at ISA, and was in the Top 10 Male racers overall ISA. Rai is looking forward to competing in the World Tour this year, and we're looking forward to following along!

"Find peace in the ocean paddling or below swimming."

Born in land-locked Paris, the French capital, Ludo was perhaps not destined to live on and from the ocean! With both his parents being sports teachers, Ludo had the chance to try various different activities, a lot of swimming, skiing and skateboarding, and a lot of traveling, especially to the Atlantic coast, to surf small waves and have fun in the shore-break! It was later on, staying at his grandfather’s in Marseille, that Ludo, along with his brother Jeremy (already a total windsurf addict !) first saw and discovered SUP. The brothers’ passion for their new shared activity grew fast, especially wave surfing and downwind.

It was a win-win situation, the boys loved the physical side of paddling and the unique sensation of gliding over the water on an SUP. The resulting endorphins made for an intoxicating cocktail!

Competitive since birth, it was a natural next step to want to break into competitions and make a name for themselves. They were fortunate that France and Europe had already established an extensive competition circuit attracting the best paddlers, which helped them progress quickly and test themselves in a variety of conditions, and to enjoy being part of the amazing and small world of top level SUP ! Fast-forward through several years of lake, sea and ocean racing, Ludo has twice been French National champion, winner of the infamous GlaGla Race, and has had numerous top 5 finishes in big international competitions. Add to that his numerous wins on the Waterman Tahiti Tour on the Polynesian competition circuit. Today, Ludo is a name among watermen, for his surfing and foil-boarding, also as a coach, passing on the benefit of his experience to future generations of paddlers.

"Enjoy the glide, train and believe in yourself !"

Bodie Von Allmen, a 16-year-old from Lake Oswego, Oregon, has been paddling competitively since he was nine years old. Bodie was introduced to the sport initially through his dad, Corey Von Allmen, and quickly added to his list of mentors as his skills progressed and accomplishments accumulated. Some key influences throughout his nascent career include Kody Kerbox, who gave him his first SUP lesson on Maui, downwind legend Livio Menelau, owner of Stoke on the Water, Joel Yang, and SIC Ambassador Russell Pert, just to name a few.

Since becoming a member of the SIC Youth Development team, Bodie has excelled quickly in the SUP racing community, competing in key races such as Battle of the Bay, Gorge Downwind Champs, SIC Gorge Paddle Challenge, Santa Cruz Paddlefest, and many more.

After high school, Bodie plans to become a professional paddler. His dream is to travel the world, competing with the best of the best. When Bodie is not paddling he loves to surf, foil and wakeboard. He has a true passion for watersports and is always in search of a new challenge.

"Slow down, enjoy the ride. Slow is smooth, smooth is fast.”